Happy to announce a new prestige class and a new zone attached to the Ashenport region!  Details below.

Please join us on discord:

Description : Few can match the guile and craftiness of arcane shadows. These
prodigious rogues blend the subtlest aspects of the arcane with the natural
cunning of the bandit and the scoundrel, using spells to enhance their natural
rogue abilities. Arcane shadows as often as not seek humiliation as a goal to
triumph over their foes than more violent solutions.

[Mar 11 2020] – Zusuk
NEW Prestige Class! Arcane Shadow (Arcane Trickster)
new feat: surprise spells
new feat: magical ambush
new feat: invisible rogue
new feat: impromptu sneak attack
did a few batches of fixing implicit declaration warnings
important todo note to self: fix npc rescue
fixed: when selecting combat feats, the display wasn’t using the new family system
old post to website regarding Gicker’s role change, Opie’s hosting and dev update
old post for alchemist
added classic editor plugin to website
swapped the blog layout for updates so it could support more than 2 pages of paste blog posts
added super cache plugin to website
updated credits file to reflect Gicker’s new role as co-lead on the project
updated credits file to reflect Opie’s contribution as host
[Feb 20 2019] – Gicker
Added ‘last full’ command for staff to see more information on recent logins.
[Jan 10 2019] – Gicker
Added Orcish Fort Zone, a level 15-16 zone located north of Ashenport.
Added the Custom-Gold mob flag. If this flag is not set, gold will be auto-calculated
when the mob is loaded into the game.
Added the No-AI mob flag. If this flag is set it will not perform any mob actions, such
as casting spells, movement, scavenging, aggroing, etc.
Fixed a bug with boosts in the study menu, not awarding extra skill
points when intelligence is raised with a boost point.
Fixed a bug wherein a mob that dies from suffering, properly awards
exp to the last person to attack it, if they’re in the same room as
the mob when it dies.
[Jan 09 2019] – Gicker
Moved boost and train into the study menu.
Moved some things around in the study menu to accommodate the addition
of train and boost being in the study menu now.
[Dec 24 2019] – Gicker
Added a +1 magic weapon and armor store in Ashenport where the existing
armor and weapon shops are.
[Dec 23 2019] – Gicker
Removed pets automatically rescuing players. Will re-add down the
road as a toggle.
Added alchemist level to level variable in mag_points, so that
heal spell (and others) will calculate amounts properly.
[Dec 17 2019] – Gicker
When a pet deals the killing blow, it will now check the pet’s master for autoloot,
autogold, autosac and autocollect. If the pet’s master has those turned on they
will perform the auto<command> instead of the pet.
[Dec 16 2019] – Gicker
Added help files for: ALCHEMIST-MUTAGENS, CONCOCT, EXTRACT and IMBIBE.
Added Alchemist level to caster level inn utils.h
[Dec 04 2019] – Gicker
Fixed a bug with slippery mind that prevented beneficial buffs to
be cast upon the rogue.
Added weapon and armor vendors that sell mundane and masterwork
arms and armor in mosswood village, near the north gate.
Added the luck of heroes feat. See HELP LUCK OF HEROES.
Added the augury spell. See HELP AUGURY. 2nd circle cleric spell.
If you are already level 5 cleric or higher, you may need to
respec in order to receive the spell in your list.
Added Autoconsider with both the autoconsider command and also in
prefedit. See HELP AUTOCONSIDER.
Made all bows, crossbows (except hand crossbows) and nets use 2 hands.
Added functionality for masterwoork armor, shields and weapons.
[Dec 03 2019] – Gicker
Fixed error that prevented weapon feats from taking axes group
Added spellcasting commands to help (classname)
[Nov 25 2019] – Gicker
Fixed a bug that disallowed characters from taking arcane archer due
to the weapon focus: bow requirement and the new weapon group code.
Made it so that throwing a bomb at a mob out of combat, and missing,
will now start combat with the target getting first hit.
Added help files for DISCOVERIES, GRAND DISCOVERIES, ALCHEMIST-BOMBS,
and all individual discoveries and bombs. 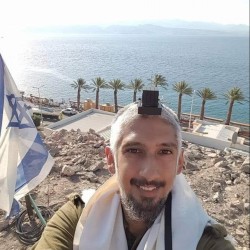